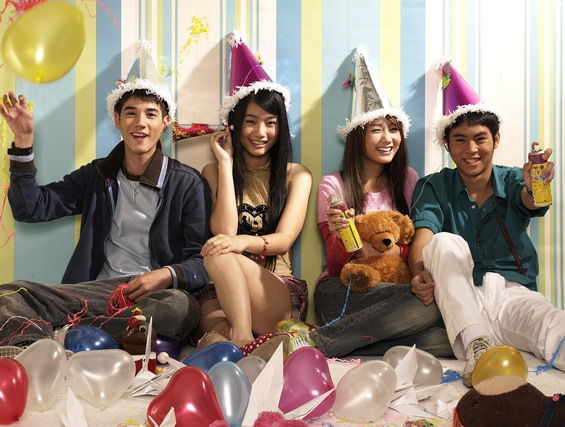 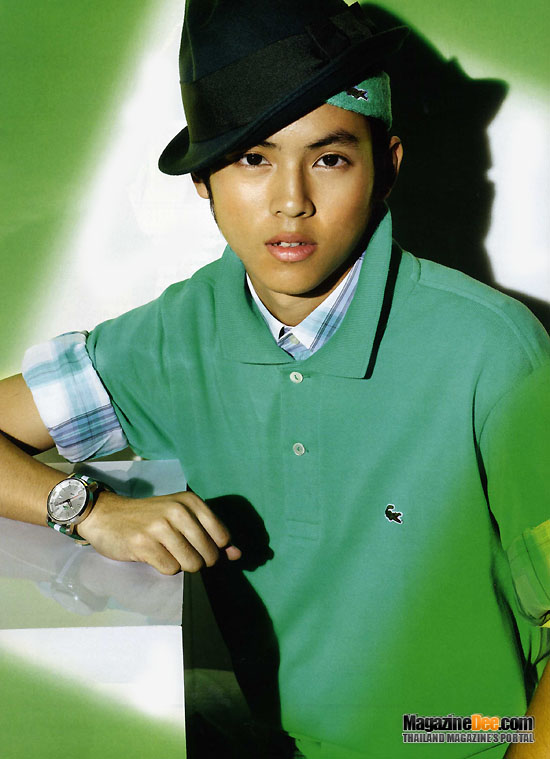 WITWISIT HIRANYAWONGKUL and MARIO MAURER. The oh-ga-ga Thai pretty boy actors that are currently making waves all over ASIA.

They are teenage icons, strapping, successful and much sought after by the Thai international advertising agencies for lucrative product endorsements, popular magazines for fashion spreads and a gush of film offers.

They are still university undergraduates and now.. pretty rich too !!

And all because one debut film LOVE OF SIAM shot them to super stardom overnight.

LOVE OF SIAM is a commercial juggernaut albeit soul-lifting film that touches on broken homes, teenage angst and struggling sexual identities.

It’s a sorry yarn of one boy-drawn-to-another in a complexity of confused love that does not leave us with any stale aftertaste because the film director CHOOKIAT SAKVEERAKUL treads on society’s sensitivity and fills us with warm, tingly feelings. He is a rare and competent story teller.

CHOOKIAT includes a sappy and beautiful musical score that will surely tear at your heartstrings.

Now what price CUTENESS and FAME?

These are transient by-products of life, because beauty and popularity will never last forever and is a subject of sense and sensibility.

WITWISIT and MARIO shared an affable chemistry on REEL, but what about in REAL life?

It has been rumored that both are envious of each other’s popularity and therefore, not the best of pals.

Each adopts a “facade” whenever there’s a chance encounter, and there’s this superficiality that is so noticeably adherent by everyone but themselves.

WITWISIT is the one with the musical talent, being an accomplished singer/composer leading his boy band called AUGUST, but it is MARIO who is the much drooled-after cutesy pin up boy.

Besides, MARIO won a BEST ACTOR award for THE LOVE OF SIAM, whereas WITWISIT had a nomination but did not win.

Animosity or petty jealousy aside, GREGORY JAMES best sums up this “put on” friendliness with his short poem:

“I am nobody’s monsoon of consummation,

The closer you get to me

The uglier I become,

I am a tropical thunderstorm

But the more you get to know me

The less it matters

The clouds will part

And my eyes will reveal

The meadow of rainbows within.”

Human nature stipulates that you can’t be firm friends with your closest rival. There is always this uncomfortable feeling in show business, when someone who has the same good looks and talent as you have is doing far better than you.

MARIO MAUER is a half-Farang, of German and Thai-Chinese parentage.

Thailand has always been one of the few countries in Asia who adores mixed heritage in their performing artistes. They clamor for the exotic Eurasian look.

However this is not so in China, Hong Kong, Singapore, Japan or Korea. It is a trifle difficult to cast a half Farang in a local film, unless the role calls for such a character.

As WITWISIT is a Thai-Chinese, he has a strong fan following in China, Taiwan and Singapore.

Personal conflict or not, there is a strong possibility of a LOVE OF SIAM sequel, due to the colossal box-office success of the original.

So WITWISIT and MARIO might be sharing intimate moments on REEL LIFE again.

Ahhh…..THE WORLD IS A STAGE and we are just mere players…

This is what we called fate…